The first Men’s fashion week took off this year with the Spring/Summer 2016 collections at Skylight Clarkson Square. A week that has been long overdue in New York that while somewhat less hectic than the women’s fashion week, is still as organized and supported. The designers and show-goers set the tone with pops of red and royal blue, stripes, crazy/fun prints and relaxed fits. Over 40 designers showcased their work this year, and these are some of the shows that spoke to my personal style the most.

Theory is a brand know for it’s minimalistic and clean esthetic, was as clean cut as always. The show was on the rooftop of the Theory headquarters in the Meatpacking District, which made it a unique experience while adding a touch of the minimalism of the brand. There was also an undertone of androgyny with the addition of women modeling mens clothing. The theme was relaxed fit formal wear, with black, brown, and grey tones. Then, on the opposite end of the spectrum we have Nautica’s show, which was mainly swimwear, with varying lengths and styles. They showcased lots of stripes, solids and some prints as well as having summer knits and light raincoats. 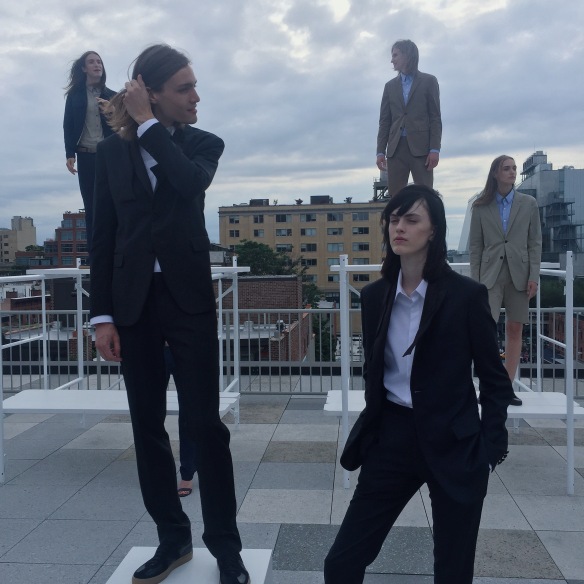 Parke and Ronen also had a lot of swimwear and beachwear, mainly tank tops, mid length swim trunks and speedos. Although, their headbands, short sleeve button ups, and printed bomber jackets have to be the highlight of their show for me. They also featured lots of stripes and cool prints. Last but definitely not least, Ricardo Seco, whom is a Mexican designer, featured some of the brightest prints of the week (La Loteria). He had matching print ensembles, short sleeve button ups, summer bomber jackets and some swimwear as well. 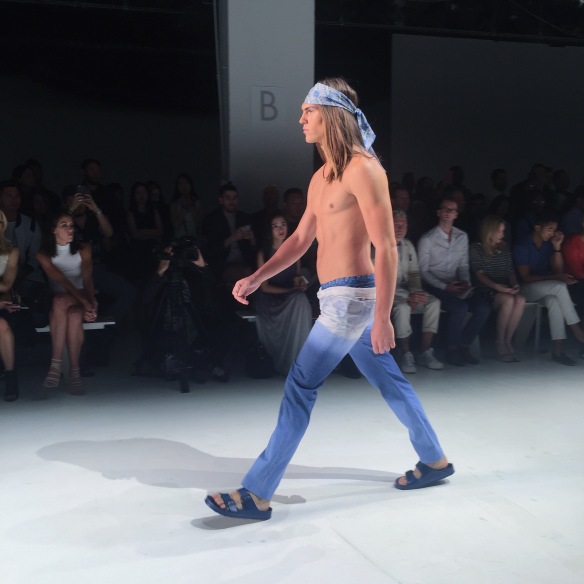 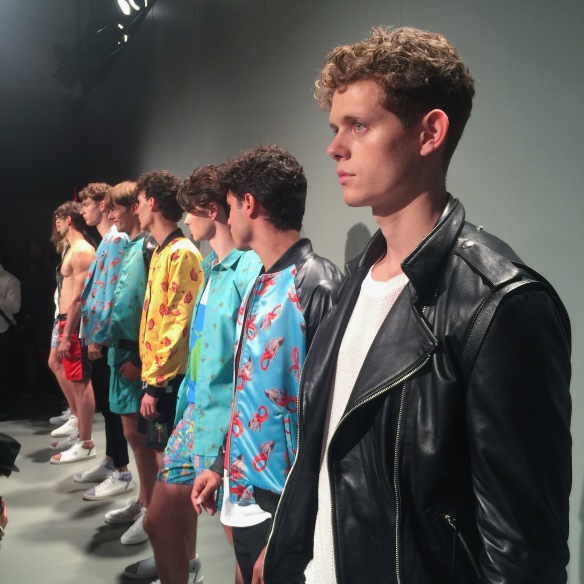 All in all, I have to say this was an amazing first New York Fashion Week: Men’s. This experience was extremely personal to me and I am so happy I got to be a part of it. I am very grateful to all the designers and supporters who collaborated to make this happen, and I can’t wait for the next NYFWM!

Today we are being very supportive of Mexico in the world cup, so I am wearing Mexican designer Ricardo Seco SS14 Power collection. It’s such a great experience to work with Mexicans that are well establish in New York it just inspires me to continue my goals and always looks forward. In this ensemble that I put together I decided to go all in doing a matchy match with his collection of the red and green rose’s pattern. Had the bomber jacket, the shirt, and the pants pairing them up with my Nike runner 5.0 black kicks and my brown Ray-Bans making a perfect balance. Sometimes standing out is not such a bad idea. (jajaja) 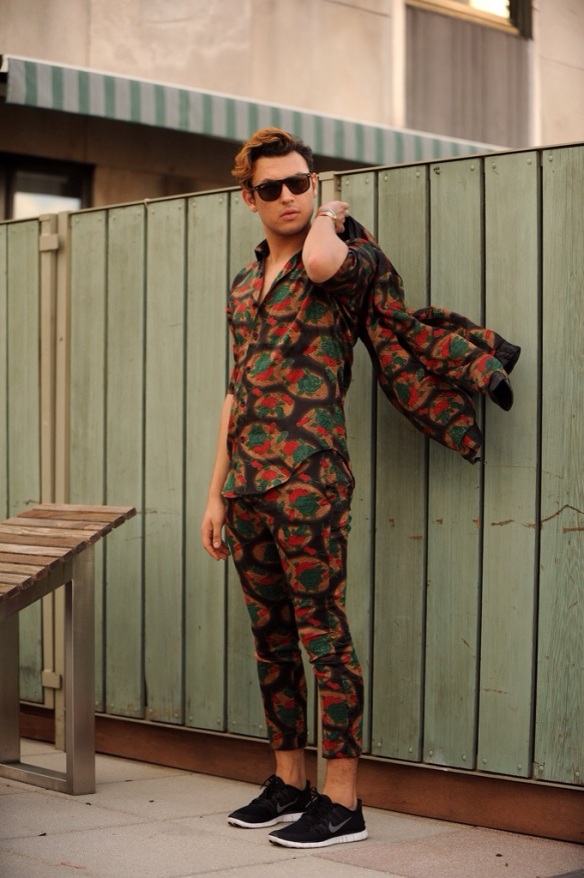 “Power is the man and the city who act with absolute certainty in overcoming challenges and adapting to trends by making them their own. This is where New York and Shanghai meet.”
– Ricardo Seco

Looks like the sun is finally out, after days of rain the sun is up in the sky and shining bright. So for this look I went a little breeze easy (jajaja) wearing this amazing pair of shorts that give me all the breeze I need for this hot sunny day. A basic black tank top was essential to pair up with those shorts; top and bottom are by Mexican fashion designer Ricardo Seco from his Spring/Summer 2014 Power collection that debuted in Mercedes Benz Fashion Week New York last February. The collection was a huge success and when I saw those short on the runway I knew I needed them ASAP. Working together with the look I pair it up with my Valentino rockstud loafers and accessories with a burgundy patent leather Louis Vuitton clutch. Of course my Ray Bans had to come out for the sunny day and just adding a more summer vibe by using my top hat from ZARA. 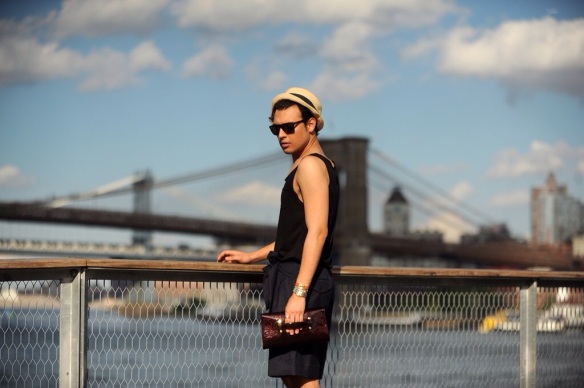